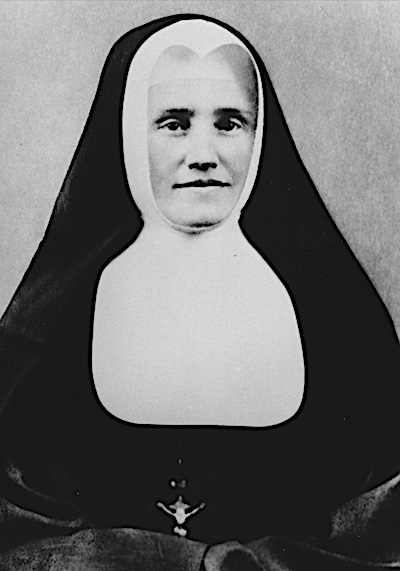 Éisabeth Turgeon was born on February 7, 1840 in Beaumont, Quebec. She is the daughter of Angèle Labrecque and Louis-Marc Turgeon, a farmer, churchwarden and president of the school board. Elle est la cinquième d'une famile de dix enfants.

In 1855, Elisabeth becomes an orphan of her father when she is only fifteen years old. She must stay with her mother, Angela, to take care of the family and the farm.

From 1860 to 1862, she attended the École Normale Laval in Québec, whose women's section was held by the Ursulines. She gets his diploma to teach in the model schools of Bas-Canada : in Saint-Romuald, Québec and Sainte-Anne-de-Beaupré.

Élisabeth set to work to establish and support the founding of schools in the villages of this vast diocese, including then the Gaspésie and the Côte-Nord. The first schools were founded in Saint-Gabriel de Rimouski, then in Port-Daniel and Saint-Godefroi in Baie-des-Chaleurs.

September 12, 1879, the day of his vows of religion. She takes the religious name of Mother Marie-Élisabeth. On the same day, she was appointed First superior of the congregation of the Soeurs des Petites-Écoles, which in 1891 became the Congrégation des Sœurs de Notre-Dame du Saint-Rosaire.

Mother Marie-Élisabeth, of fragile health, died August 17, 1881 in Rimouski, at the age of 41 years. She was a pioneer in education, one of the first professional teachers.

In 1886, in the diocese of Rimouski, the number of schools doubled in comparison with 1867. The nuns of the Saint-Rosaire are present today In ten countries, six provinces in Canada, and nine dioceses in Québec, continuing the work of Élizabeth.

In 1990, when his work was noticed, the canonization of Élisabeth Turgeon was opened in the Diocese of Rimouski and in 1994 in the Vatican.

On October 11, 2013, Pope Francis acknowledged by official decree the heroic virtues practiced by Marie-Élisabeth Turgeon. She receives therefore the title of VENERABLE.

In September 2014, Pope Francis promulgated a decree recognizing that a miracle was attributed to her.

On April 26, 2015, the beatification of Elisabeth Turgeon, founder of the Sœurs de Notre-Dame du Saint-Rosaire is held at the Saint-Robert-Bellarmin church in Rimouski. The ceremony is presided over by Cardinal Angelo Amato, Prefect of the pour les Causes des Saints and official representative of Pope Francis.

She is therefore declared BLESSED. 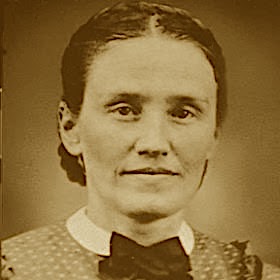