Maria Labrecque was born in 1953 in Frelighsburg, Brome-Missisquoi. She is the daughter of Paul Labrecque and Lucille Houle. She grew up in a family of 14 children on her father's dairy farm, which belonged to Prime Minister Adélard Godbout.

In 1988, Maria Labrecque studied under the baccalauréat in social psychology of communication and obtained a Certificate in Psychosocial Intervention at UQAM. She also studied palliative care and end - of - life counseling in 1998.

In 1997, she founded the choir "Voxapella" whose repertoire is gospel. Today, the choir has a total of 80 choristers, and its repertoire, with a gospel flavor, goes from rock to blues, world beat and jazz, and even a cappella song.

She set up the "travailleur de rang" project in rural farming to better meet the health and social needs of farmers.

In 2015, this program is deployed in several regions of Québec: Abitibi, Bas-Saint-Laurent, Gaspésie, the Laurentians and Lanaudière. It should be noted that more than 300 farm families use the services of the "travailleur de rang" annually. Maria is nicknamed the "guardian angel of the agricultural world" or the "mother Teresa of agriculture".

She also inaugurated in 2013 the Maison ACFA, a respite house, designed specifically to meet the needs of farming families in Saint-Hyacinthe.

In 2016, Maria retires as Director of the ACFA. he has devoted her professional life to the health of agricultural producers.

Its mobilizing action has earned it numerous awards, including the Hommage 2014 prize in the context of the Grands Prix de la ruralité, of the ministère des Affaires municipales et de l’Occupation du territoire.

In addition, in 2016 she received an Honorary Doctor of Letters (Honoris Causa) from the McGill Faculty of Agricultural and Environmental Sciences (FSAE).

In 2017, she was appointed Knight of the Ordre national du Québec.

In 2019, she received the Mérite spécial Adélard-Godbout from the Ordre des agronomes du Québec.

On October 23, 2020, she became a Member of the Order of Canada for her psychosocial suicide prevention interventions adapted to the needs of rural families.

On May 17, 2021, on the occasion of the 19th Prize-giving ceremony of the Fondation Émergence, Maria Labrecque Duchesneau received the Janette Bertrand Prize for the establishment of Fierté Agricole. CThis Prize is awarded annually to an allied personality which has made a significant contribution to the fight against homophobia and transphobia.

From 2008 to 2021, she was a member of the board of directors of the Association des Labrecque.

Maria Labrecque Duchesneau (1953-) and Dollard Arthur Duchesneau
Married in Frelighsburg, Missisquoi, on May 12, 1973 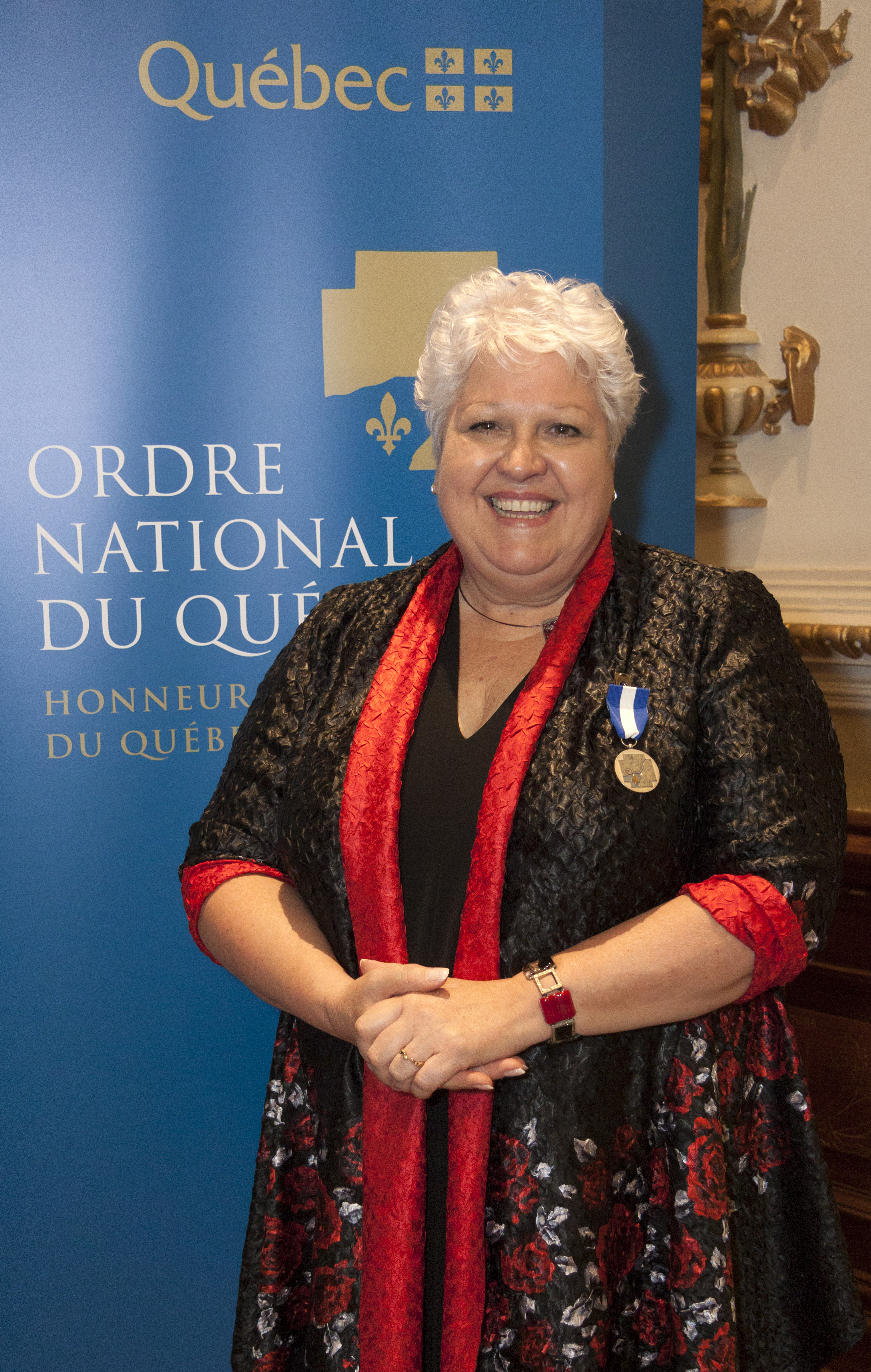 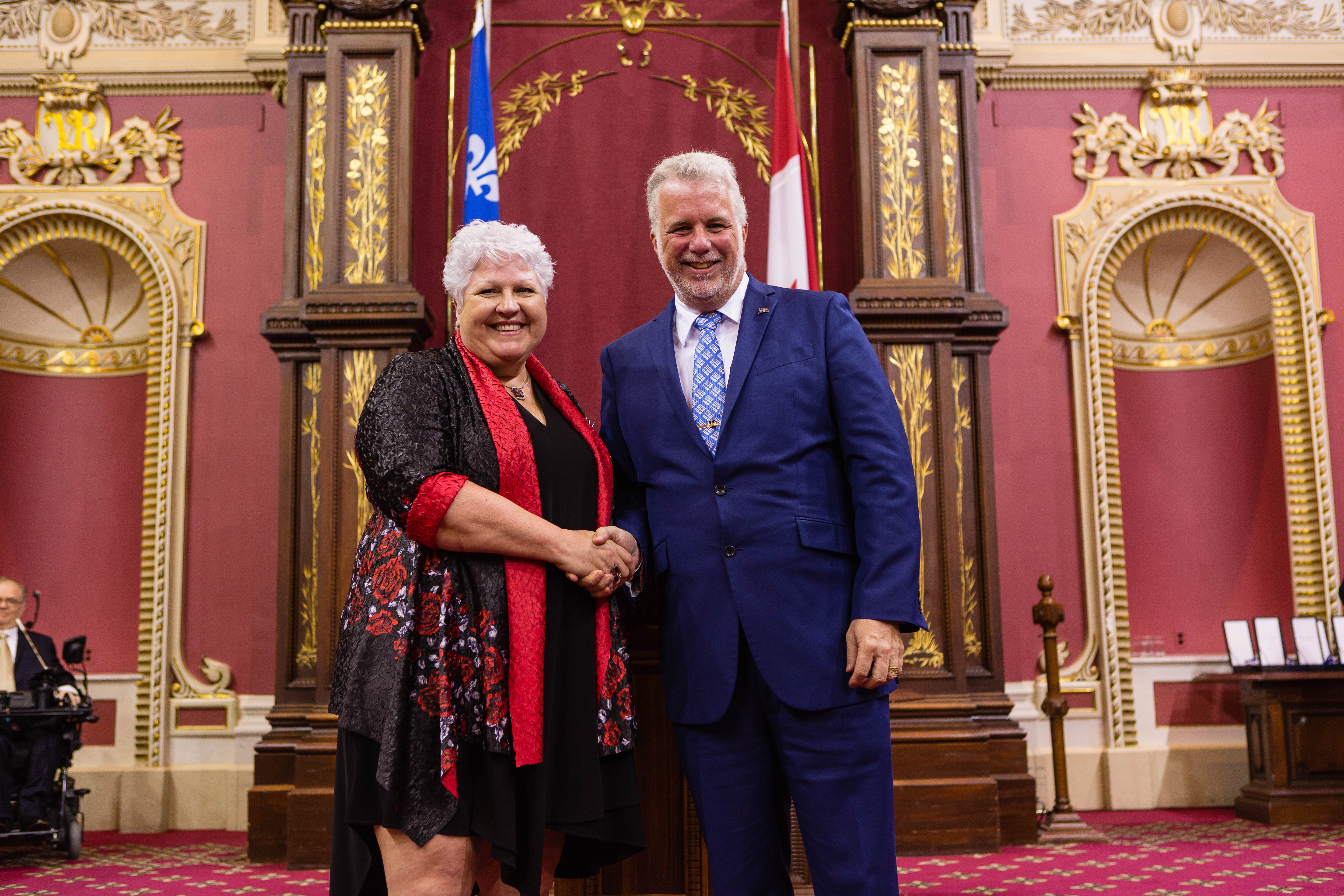